Most American Lecithin products are natural and affirmed as generally safe for use in food under various compliance standards worldwide.

The inherent nutritional value in soy, canola, sunflower, and egg and the association with good health, add value when source-labeling products.

In the U.S., most ALC products are Generally Recognized as Safe (GRAS) by the Food and Drug Administration as a multiple-purpose food ingredient under the Code of Federal Regulations (21CFR Sec 582.1400) and specifications of the Food Chemicals Codex.

ALCOLEC® lecithins are generally formulated for global acceptance as well. In the European Union, most American Lecithin products conform to EC-Directive 96/77 EC, 2008/84 EC, respectively, for Lecithin (No. E322). Most are also approved by the World Health Organization as a food additive under Codex Alimentarius Standard INS 322, and many are Kosher and Halal approved.

PCR negative may be used when a material has tested negative for genetic modification by an independent laboratory using the PCR (Polymerase-Chain-Reaction) Roundup Ready method.

IP (Identity Preserved) may be used when soybeans are produced without the aid of genetic engineering, with documented identity preservation at each stage of processing, independent third-party certification of conformance to defined IP procedures and a maximum of 0.9% adventitious residual GM DNA. 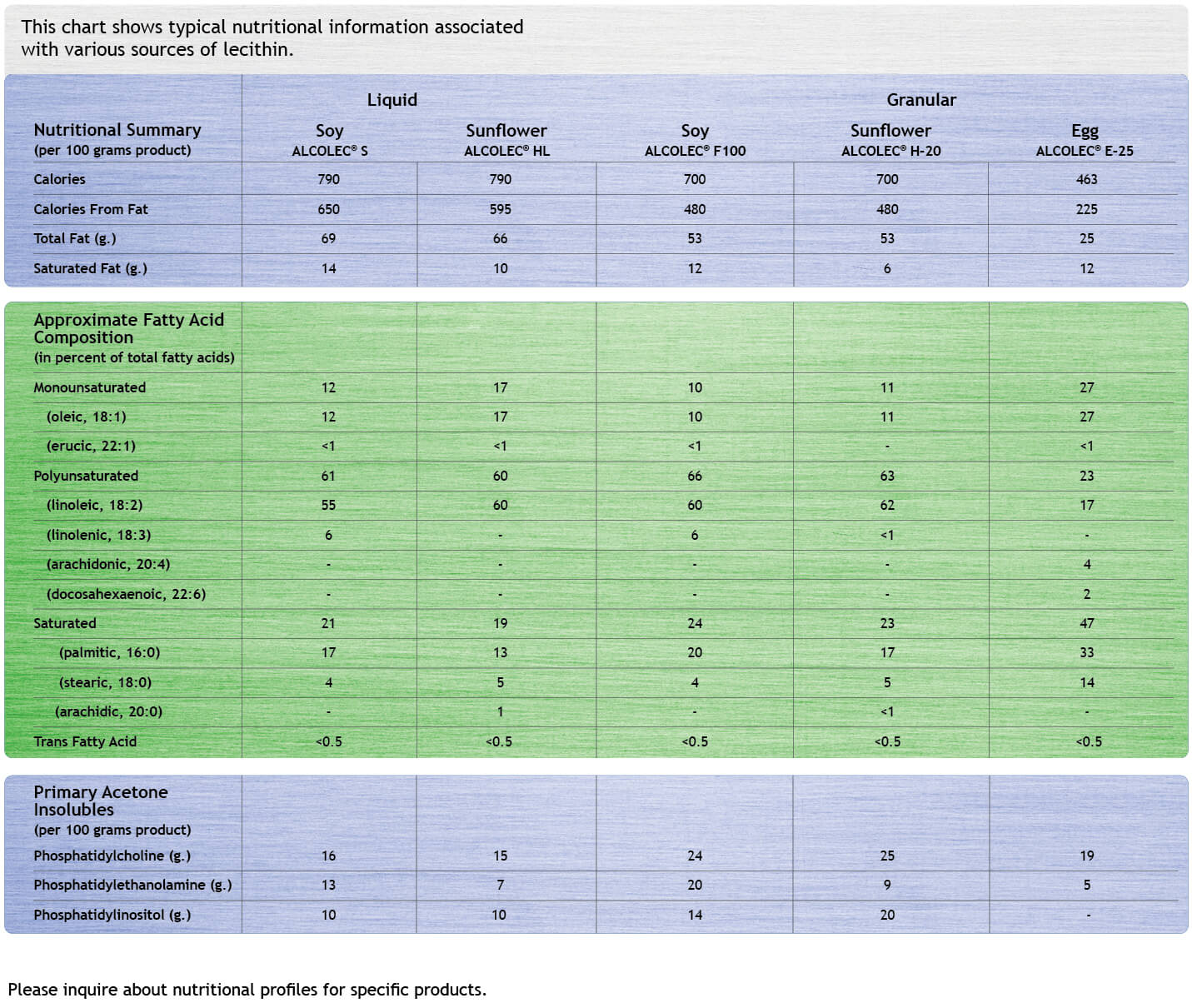 This domain (www.AmericanLecithin.US) is the only LEGAL domain for American Lecithin Company

This domain (www.AmericanLecithin.US) is the only LEGAL domain for American Lecithin Company